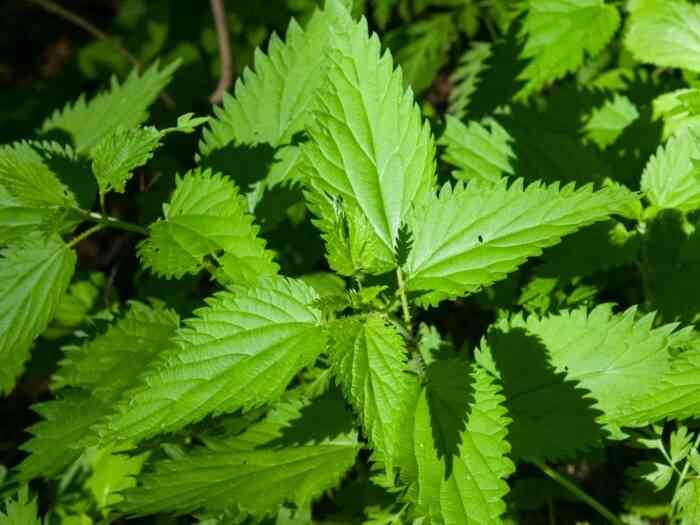 Nettles have a bad reputation among gardeners. Although they sting and are invasive if left unchecked, there are numerous ways they can be put to positive use in both your garden and kitchen. Learn more, below.

Nettles are a magnet for beneficial wildlife, they can be made into great plant food and are a surprisingly versatile ingredient in the kitchen.

The nettle we’re used is Urtica dioica, a perennial plant full of iron, calcium, magnesium and nitrogen, which makes it incredibly nutritious for both other plants and humans.

Follow few tips on putting nettles to good use – but be sure to wear gloves at all times when handling them.

For a basic soup you’ll need about 200g of fresh nettle tips. Add 450g of potatoes, peeled and cubed, a spoon of sour cream and one litre of stock. Boil the potatoes until soft and steam. Drain the potetoes and add the nettles and stock. Boil it, use the whisk with a hand blender, add sour cream.

As well as being delicious, nettle tea is reputed to help combat several ailments, including eczema, asthma, hay fever and muscle aches. Just steep a few fresh tips in boiling water, removing them when the water goes slightly green, to avoid bitterness.

Nettles are key to the survival of butterflies, as they are the primary food source for many caterpillars including those of the comma, tortoiseshell and peacock. Without nettles caterpillars would go in search of alternative food sources – probably one of your favourite plants.

All you need to make nettle beer is nettles, sugar, water, yeast, an orange, a lemon and cream of tartar. There are plenty of nettle beer recipes online.

To make nitrogen-rich nettle feed, cut or crush the nettles into small pieces and cram into a large container. Weigh the nettles down with bricks, and submerge with water (store away from the house, to avoid the smell). Leave for three or four weeks then dilute for direct use (one part concentrate to 10 parts water).

Although aphids suck plants sap, stunting growth, they are also a vital source of food for many beneficial insects and birds. Aphids love nettles, which you can grow as ‘sacrificial’ plants, saving valuable ornamentals. (The aphids might stunt the nettle growth, too.)

Nettles are the number one destination for ladybirds with eggs to lay. These eggs turn into ladybird larvae, which predate on garden pests, including aphids, whitefly and red spider mite.

Nettles are actually quite fussy about the soil in which they will grow. They require a soil rich in phosphates and nitrogen to thrive. If you see a patch, grow plants alongside that thrive in similar conditions. Dig up nettles at the end of each season to prevent their fleshy roots spreading out of control.

Nettles on the compost heap

Chopped nettles act as a natural activator and speed up the decomposition process in compost heaps. For the best results, make sure the nettles are thoroughly mixed with lots of different materials – dry, wet, soft and woody – otherwise they become slimy. Don’t add nettle roots, unless your heap is very

SHOULD YOU NEED ANY HELP, DO NOT HESITATE TO CONTACT GARDENART!